Voices of the Ritual: Devotion to Female Saints and Shrines in the Holy Land 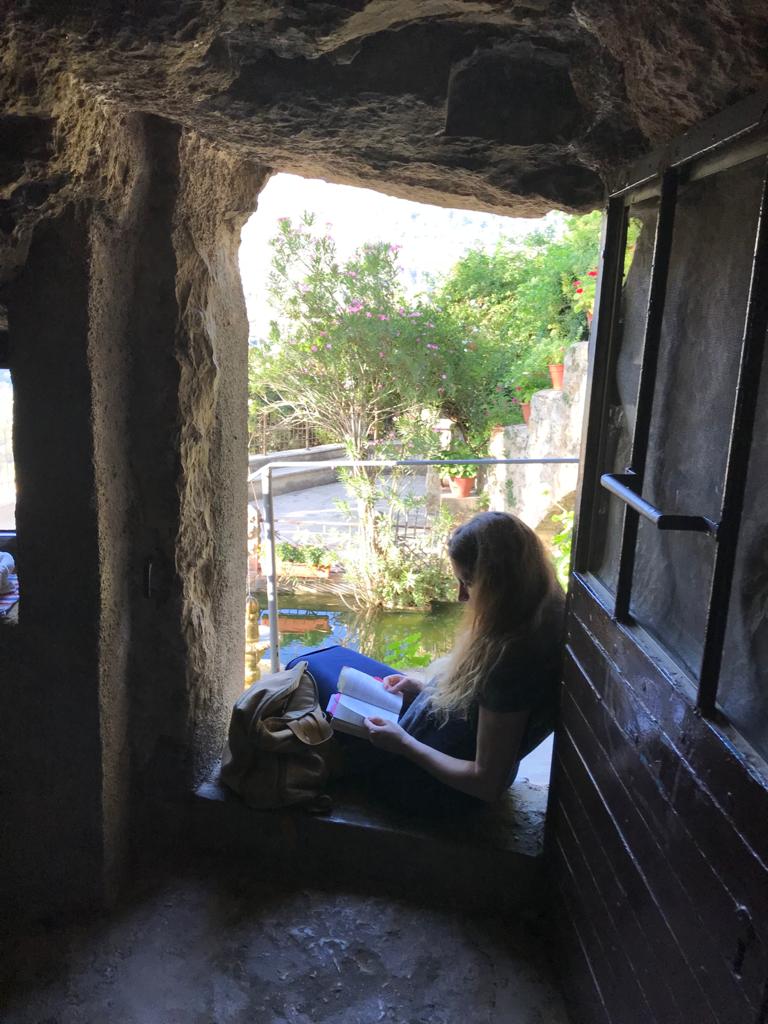 Voices of the Ritual, published with Oxford Universtiy Press is an analysis of the revival of rituals performed at female saint shrines in the Middle East. In the midst of turbulent political contention over land and borders, Nurit Stadler shows, religious minorities lay claim to space through rituals enacted at sacred spaces in the Holy Land. Using ethnographic analysis, Stadler explores the rise of these rituals, their focus on the body, female materiality, and their place in the Israeli-Palestinian landscape. In this book, Stadler examines the varied features of the practice and implications of the rituals, looking at themes of femininity and material experience. She considers the role of the body in rituals that represent the act of birth or the circle of life and that aim to foster an intimate connection between the female saint and her worshippers. Stadler underscores the political, cultural, and spatial elements of this practice, bringing attention to how religious minorities (Jews, Christians, Muslims, and Druze, among others) have utilized these rituals to assert their right to the land. Voices of the Ritual offers a valuable assessment of religious ritual practice that encrypts female themes into a landscape that has historically been defined by war and conflict.

Nurit Stadler is professor of Sociology and Anthropology at the Hebrew University of Jerusalem. Her research interests include fundamentalism, the Ultra-orthodox community, Greek-Orthodox and Roman Catholic rituals in Jerusalem, text-based communities, the veneration of Mary in Israel/Palestine, and the study of female saint shrines, sacred nature and sacred iconography. Stadler is the author of three books: Yeshiva Fundamentalism: Piety, Gender and Resistance in the Ultra-Orthodox World published with New York University Press, in 2008. This book is an analysis of the reconstruction of masculine in the fundamentalist world as a result of the challenges of modernity. It addresses these questions through an investigation of the redefinition of the family, work, the army and civil society in the Ultra-Orthodox yeshiva world in Israel. Stadler is also the author of A Well-Worn Tallis for a New Ceremony (2012) with Academic Studies Press (Brighton, MA). In this book she explored new aspects of voluntarism, citizenship, family life and the concept of freedom in the ultraorthodox culture today. Her third book Voices of the Ritual (Oxford University Press 2020) analyzes the revival of and manifestation of rituals at female saint shrines in the Holy Land. Since 2012 she is involved with the project on sacred shrines in Israel/Palestine.  In this project she study various aspect of pilgrimage and veneration of sacred shrines, especially female shrines. Her comparative study of these shrines opens a set of questions about the centrality of fertility cults and female landscape at the age of modernity and technology of reproduction. Stadler is directing an Ethnographic Lab on issues of religion, sacredness, politics, borders and the nation state. In this, project students and researchers from around the world participate in studying and comparing ethnographies of sacred places.

Registration for these free programs requires a (free or licensed) Zoom account. Zoom links will be sent out closer to the event for those who have RSVP’d.