Protectors of Pluralism: The Rescue of Jews in the Low Countries During the Holocaust 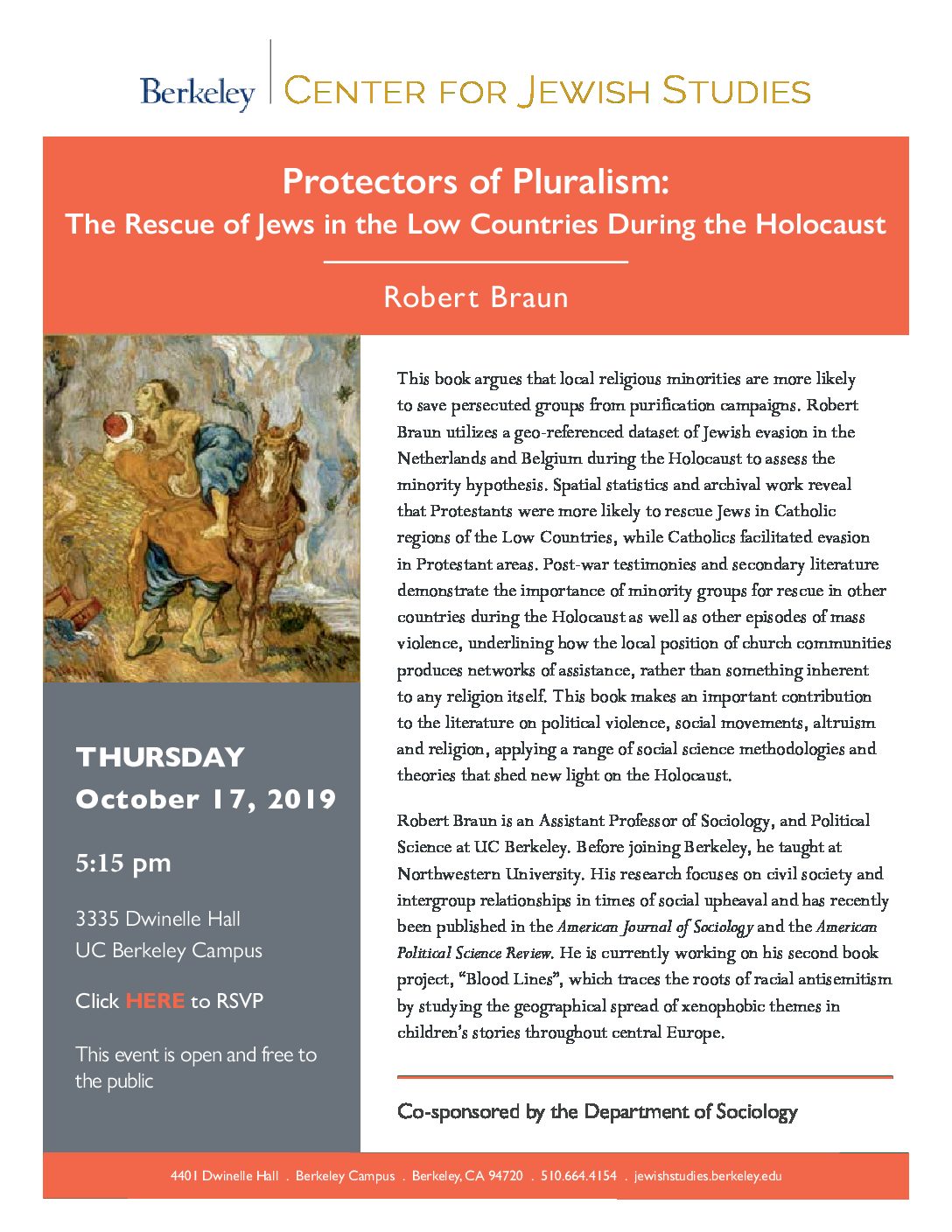 Protectors of Pluralism:
The Rescue of Jews in the Low Countries During the Holocaust

This book argues that local religious minorities are more likely to save persecuted groups from purification campaigns. Robert Braun utilizes a geo-referenced dataset of Jewish evasion in the Netherlands and Belgium during the Holocaust to assess the minority hypothesis. Spatial statistics and archival work reveal that Protestants were more likely to rescue Jews in Catholic regions of the Low Countries, while Catholics facilitated evasion in Protestant areas. Post-war testimonies and secondary literature demonstrate the importance of minority groups for rescue in other countries during the Holocaust as well as other episodes of mass violence, underlining how the local position of church communities produces networks of assistance, rather than something inherent to any religion itself. This book makes an important contribution to the literature on political violence, social movements, altruism and religion, applying a range of social science methodologies and theories that shed new light on the Holocaust.

Robert Braun is an Assistant Professor of Sociology, and Political Science at UC Berkeley. Before joining Berkeley, he taught at Northwestern University. His research focuses on civil society and intergroup relationships in times of social upheaval and has recently been published in the American Journal of Sociology and the American Political Science Review. He is currently working on his second book project, “Blood Lines”, which traces the roots of racial antisemitism by studying the geographical spread of xenophobic themes in children’s stories throughout central Europe.

Co-sponsored by the Department of Sociology