The Invention of Religion: Jews in Babylon and the Evidence of Language and Literature 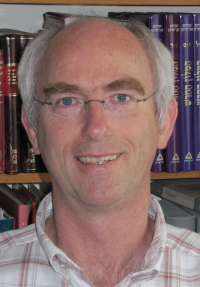 At some time after end of the First Temple period, the religion of ancient Israel became independent of the nation. Language and texts are key to this change. Hebrew turned into a sacred language, not one learned from one’s parents, but from the study of ancient texts. The process didn’t come to full fruition until after the fall of the Second Temple. But its earliest effects can be traced already in writings of the exilic period. This linguistic development is rooted in a profound change affecting Judean religion. Before the fall of Jerusalem, the cult of the God of Israel was part and parcel of a national existence with strong territorial and cultural components. In exile, worship of this same God was motivated differently, with the reference to ancient texts—history, law, and prophecy—taking on a new and ever increasing role. The result was a new phenomenon in the ancient world.

After 20 years of teaching biblical languages and Old Testament exegesis at the University of Strasbourg (France), Jan Joosten arrived in Oxford in 2014. He is Regius Professor of Hebrew in Oxford. His research interests include textual criticism of the Hebrew Bible, Hebrew philology and grammar, and the way those more technical disciplines impact interpretation. With Eberhard Bons he directs a large project on the vocabulary of the Septuagint: the Historical and Theological Lexicon of the Septuagint, of which the first volume is about to be completed.He is editor-in-chief of the journal Vetus Testamentum and President of the International Organization for Septuagint and Cognate Studies.

Co-sponsored by: Berkeley Center for the Study of Religion and UC Berkeley Near Eastern Studies