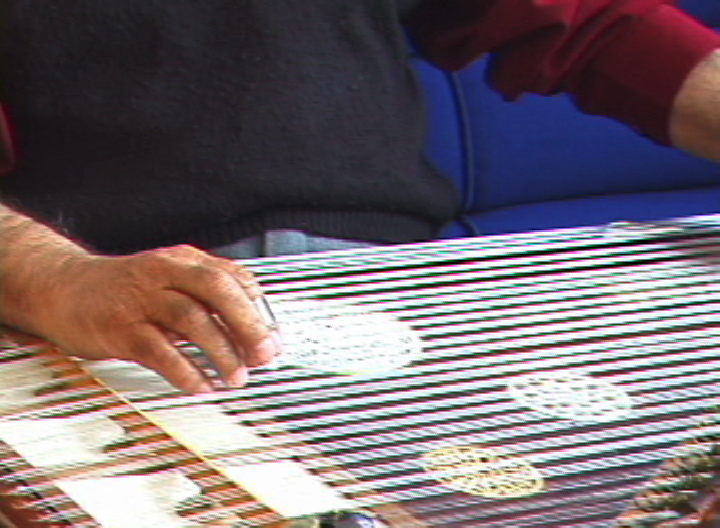 This event is open and free to the public

Tuning Baghdad Tea Salon is a live narrative engagement with audio and visual materials (cassettes, super 8mm home movies, field recordings) from
Regine Basha’s family archive that provide a point of entry into the musical and cultural life of Iraq’s diasporic, 150,000-strong Jewish community that left in the late 1940s and early 1950s and is now spread throughout the world. In the arena of house parties (called chalghi in the diaspora, after a type of musical ensemble) in Los Angeles, Montreal, London, and elsewhere, the cuisine, social rituals, and music—in particular Iraqi Maqam music—can be found intact among the Iraqi-Jewish diaspora. In this context, “tuning Baghdad” refers both to what Basha
remembers as the long, protracted affair of tuning instruments at house parties and to the kinds of internal adjustments the guests would make in order to recreate the atmosphere experienced in Baghdad coffee shops and house parties.

Iraqi sweets and tea will be served along with the story-telling session. A musical performance with renowned Israeli-Iraqi musician, Yair Dalal, will follow.

Regine Basha, daughter of an Iraqi-Jewish emigré who played the oud and the kamanja (both stringed instrument) at countless house parties, is herself neither a musician nor an ethnomusicologist, but an enthusiast of Arabic music. For the past two decades, she has been working as a contemporary art curator, writer, and educator, most recently teaching in the MFA Sound Art Program at Columbia University, New York. She holds degrees from New York University and from the Center for Curatorial Studies, Bard College. Her exhibitions, projects, essays as well as the Tuning Baghdad Radio Show can be found on her website  bashaprojects.com .