The Jew as Other and The Other White Meat: Pigs and Jewish Identity 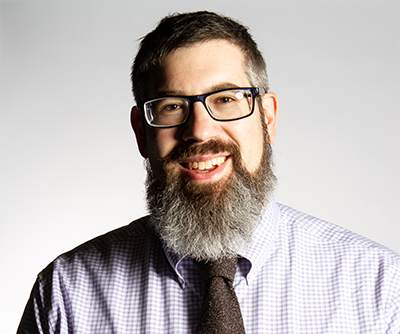 Jews do not eat pig. This (not always true) observation has been made by both Jews and non-Jews for three thousand years. Over time, the pig becomes a popular metaphor for Jewish/non-Jewish identity. In this talk, we explore this historical development. Starting in the Hebrew Bible, where the pig is tabooed but not necessarily singled out more than other food prohibitions, we see the emergence of the pig as a symbol of Jewish identity in the Second Temple period and beyond. Along the way, we follow the pig as it forages through Jewish history, appearing during, for example: Roman persecution of ancient rabbis; the Spanish Inquisition when Marranos (“Pigs”) convert to Catholicism in order to survive; in literature ranging from Shakespeare to modern “Off the Derekh (Path)” memoirs; in World War II when many (but not all) American Jewish soldiers were “eating ham for Uncle Sam”; and in recent debates about the kosher status of Impossible Pork.

Jordan D. Rosenblum is the Belzer Professor of Classical Judaism and the Max and Frieda Weinstein-Bascom Professor of Jewish Studies at the University of Wisconsin-Madison. His research focuses on the law, literature, and social history of the rabbinic movement in general and, in particular, on rabbinic food regulations. He is the author of Rabbinic Drinking: What Beverages Teach Us About Rabbinic Literature (University of California Press, 2020); The Jewish Dietary Laws in the Ancient World (Cambridge University Press, 2016); and Food and Identity in Early Rabbinic Judaism (Cambridge University Press, 2010), as well as the co-editor of four volumes, including Feasting and Fasting: The History and Ethics of Jewish Food (New York University Press, 2019); and Animals and the Law in Antiquity (Brown Judaic Studies, 2021). His current book project, provisionally entitled Jews and The Pig: A History, explores the long association between Jews and the pig.