The Song of Songs: A Biography 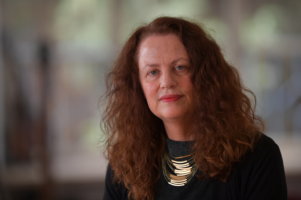 Ilana Pardes (Hebrew University of Jerusalem) in conversation with

The Song of Songs: A Biography

The Song of Songs has been embraced for centuries as the ultimate song of love. But the kind of love readers have found in this ancient poem is strikingly varied. Ilana Pardes invites us to explore the dramatic shift from readings of the Song as a poem on divine love to celebrations of its exuberant account of human love. With a refreshingly nuanced approach, she reveals how allegorical and literal interpretations are inextricably intertwined in the Song’s tumultuous life. The body in all its aspects—pleasure and pain, even erotic fervor—is key to many allegorical commentaries. And although the literal, sensual Song thrives in modernity, allegory has not disappeared. New modes of allegory have emerged in modern settings, from the literary and the scholarly to the communal.

Ilana Pardes is the Katharine Cornell Professor of Comparative Literature at the Hebrew University of Jerusalem and the director of the Center for Literary Studies. She is the author of Countertraditions in the Bible: A Feminist Approach (Harvard University Press, 1992), The Biography of Ancient Israel: National Narratives in the Bible (University of California Press, 2000), Melville’s Bibles (University of California, 2008); Agnon’s Moonstruck Lovers: The Song of Songs in Israeli Culture (The Samuel and Althea Stroum Lectures in Jewish Studies, University of Washington Press, 2013). The Song of Songs: A Biography (Lives of Great Religious Books, Princeton University Press, 2019). She is currently working on the reception of  the Book of Ruth.