Ode to Energy: Einstein, Feynman, and Oppenheimer at Mid-Century 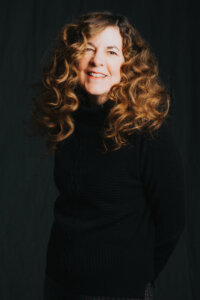 Stargazing in the Atomic Age counters the assumption that Jewish history largely chronicles tragedy. Designed for the common reader, its essays take the nadir of modern Jewish experience as their starting point. But they are not elegiac. Life for Jews in the United States, the book suggests, has been characterized less by anguish than by tremendous drive and innovation. The titular essay returns to the mid-twentieth century less to invoke the victims of the Holocaust than to consider a group of their contemporaries: Jewish physicists at Los Alamos instrumental in creating the world’s most potent weapon to date. Yoking reflection with critique, and shifting between memoir and biography, Stargazing makes use of historical juxtaposition and intergenerational correspondence to foreground physicists, composers, mathematicians, writers, and painters who shared an affinity for provocation and who put their faith in intellectual curiosity and concentration.

Anne Goldman is Professor of English at Sonoma State University. In addition to Stargazing, she has published three books: Take My Word: Autobiographical Innovations of Ethnic American Working Women (University of CA Press, 1996), Continental Divides: Revisioning American Literature (Palgrave/St. Martins, 2000), and María Amparo Ruiz de Burton: Critical and Pedagogical Perspectives, co-edited with Amelia de la Luz Montes (University of Nebraska Press, 2004). Goldman’s fiction and nonfiction have appeared in Tin House, The Guardian, the Georgia Review, the Gettysburg Review, and the Southwest Review, among other venues. Her essays have been cited as notable in the Best American Essays, the Best American Science and Nature Writing, and the Best American Travel Writing and have been nominated for a National Magazine Award.