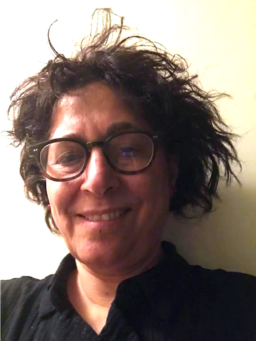 In Life in Citations, I tell a complicated story about the relationship of secular Israelis to biblical narratives. From the early days of Zionism, the Bible has wielded an immense constitutive power as the primal script, giving birth to nation, selfhood and collective consciousness. The story of the twentieth- century arrival to Zion was conflated with the story of Exodus and into the Promised Land. My work shows the cohesive force of the Bible not only early, around the establishment of Israel, but in contemporary culture, years after the ethos of the “melting pot.” Grasping the degree and intensity of the Hebrew reader’s fascination with the Bible, and the close proximity of life to it, my work has slowly become a study of “tsatetet,” citations and citationality. The main objective of this mechanism, as the work reveals, is performative in the sense that it doesn’t just seek to transmit information but performs acts by repetition of established discursive practices or ways of doing things. Following Judith Butler’s idea of “doing gender,” Israelis, I suggest, have been “doing Bible” at the unique intersection of modernity and nationalism, and from within Jewish inter/textual tradition of reading and writing. “Tsatetet,” as a life condition is a multilayered system of references and meaning making. It opens a dynamic, discursive space that assigns its readers a scripted way to live with texts. It has invented the Hebrew reading subject.

I first focus on several foundational biblical narratives: a land flowing with milk and honey with its counter/version, a land that devours its people, and the twelve spies, highlighting a story of satiation and excess; the sacrifice of Isaac, and the narrative of Sarah, Hagar and Ishmael with a focus on violence and child abuse; and the story of Ruth with attention to hunger and perfect bread. I augment my analysis with ample examples of literary texts, films, and artworks, some of which reflect the phenomena of tsatetet, and many others which have made efforts to temper its wounding effects, or reset its economy. These works reflect a transition from the so-called collective nationality, melting pot, and homogeneity, to a diverse, non-canonic, gendered and queer voices. They interrogate old paradigms and insist on new allegorical possibilities. Shelly Elkayam, for example, is writing a new covenant, and Albert Suisa establishes a “street Yeshiva” for his precautions protagonists who are trapped within their imagined Bible and its grid of textuality, so it will blend with the trashy lowly neighborhood of working class, North African immigrants.

Ruth Tsoffar is a Professor of Women’s Studies, Comparative Literature and Judaic Studies at the University of Michigan, Ann Arbor. At its core, her work is grounded in the study of textuality and theories of reading, focusing on forms of resistance to hegemonic cultures by feminists, Arab-Jews, and other minorities. She is the author of 𝘓𝘪𝘧𝘦 𝘪𝘯 𝘊𝘪𝘵𝘢𝘵𝘪𝘰𝘯𝘴: 𝘉𝘪𝘣𝘭𝘪𝘤𝘢𝘭 𝘕𝘢𝘳𝘳𝘢𝘵𝘪𝘷𝘦𝘴 𝘢𝘯𝘥 𝘊𝘰𝘯𝘵𝘦𝘮𝘱𝘰𝘳𝘢𝘳𝘺 𝘏𝘦𝘣𝘳𝘦𝘸 𝘊𝘶𝘭𝘵𝘶𝘳𝘦, (Routledge, Studies in Comparative Literature, 2019) and the award winning The Stains of Culture: An Ethno-Reading of Karaite Jewish Women, (Wayne State University Press, the Raphael Patai Series in Jewish Folklore and Anthropology, 2006).

Registration for these free programs requires a (free or licensed) Zoom account. Zoom links will be sent out closer to the event for those who have RSVP’d.